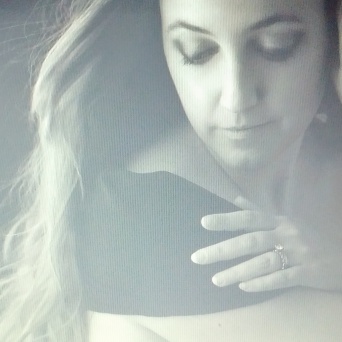 Mandi was born in Michigan and is very much a midwestern girl.  She spent a large chunk of her life moving around (a lot) until finally settling into her new home with her husband, son, and dog.   In December 2017, she welcomed a second son to the family making the house full and complete.  She describes herself as a molecular biologist but she did “moonlight” as an analytical chemist for two years.  Her love of science showed at an early age with one of her favorite books being her mother’s zoology text book from college.  She would go on to be fascinated with every part of the world around her, including the different types of people she met.  It was with a lot of reflection and deliberation that she decided to major in microbiology and only minor in anthropology, her love of culture also playing a big role throughout her life.  The stars aligned before graduation and she landed a job that merged her love of science and culture perfectly. She was able to continue her research and travel the world doing it.  Her travels, within the USA and abroad, are reflected in her personal style as well as her home.

Mandi is The Style Chimera’s resident “Connoisseur of Consignment”…a thrifter, if you will.  Thrifting is in her blood, put there by her incredibly resourceful parents.  From them, she learned that you never have to settle for what’s available…and there’s no need to pay retail.  Plus, when you have a love for all things vintage, thrifting is the best way to get you there.  If there is one thing you can count on, it’s that Mandi will, eventually, track down a reasonably priced version of whatever she’s looking for, whether it’s a dupe for a designer handbag or a piece of furniture for the house…even if she has to make it herself. Think of it as the science of the deal.  Cheers!